10 REASONS WHY A DOSE OF FEAR IS GOOD FOR YOU 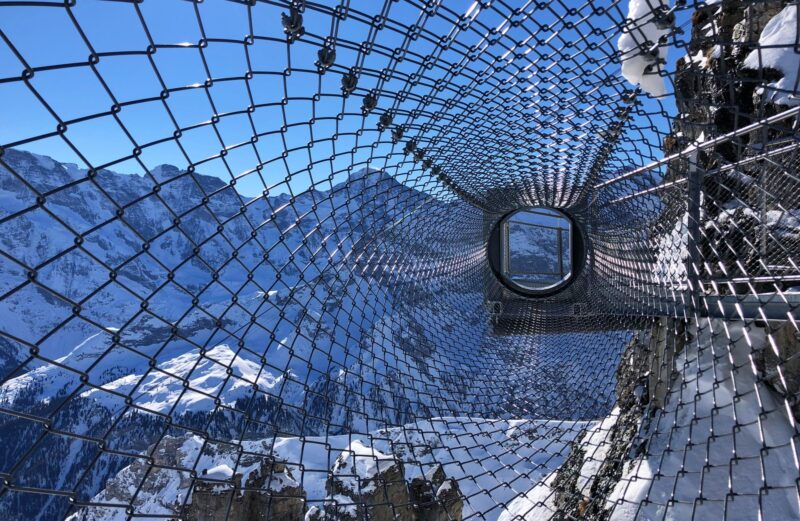 10 REASONS WHY A DOSE OF FEAR IS GOOD FOR YOU

“Adventure” is defined as “undertaking risks or having a remarkable experience,” such as mountain biking. Embrace that shiver that goes down your spine because fear, in small doses, is good for you in a number of ways.

Eleanor Roosevelt once said “Do one thing every day that scares you.”

She was onto something. Science has shown that feeling fear—in the right doses—has several benefits. And what induces fear is taking risks, such as you do when you embark on a new adventure.

The Merriam-Webster dictionary defines adventure as “an undertaking usually involving danger and unknown risks; an exciting or remarkable experience; or the encountering of risks.”

So, as an adventurer, I want you to embrace that little shiver that goes down your spine when you first step into a Tanzanian forest to track wild chimpanzees or thread a mountain bike between Canadian Rockies boulders. That fear is a good thing, and it should have a place in your life. Below, you’ll find just 10 of the reasons why.

THE BENEFITS OF FEAR

1. Fear keeps you safe. Fear acts as an internal danger alarm. It compels you to action and helps you make wise and prudent decisions.

Without fear, you wouldn’t live very long because you wouldn’t be aware of or care about the threats around you. You might dart across a busy road and be incapable of reacting in that split second when you realize that a car is racing toward you. When you get scared, your body reacts physically so that you can handle danger, also known as the fight-or-flight response. Without this fear response when you’re in jeopardy, you wouldn’t have the energy, focus, speed or strength to fight or flee.

2. Fear helps you lose weight. Believe it or not, feeling a bit of fear burns more calories than when you are not afraid. As your pulse quickens, your body experiences a surge in adrenaline. Your metabolism goes into high gear and starts to burn sugar and fat, and your heart starts beating faster to get the resources to your muscles. In one study, physiologists at London’s University of Westminster found that when subjects watched horror movies such as The Shining or The Exorcist, they burned an average 113 calories—about the equivalent of what they would burn on a half-hour walk.

3. Fear temporarily boosts your immune system. In a 2009, Coventry University, United Kingdom, study, participants were shown a horror flick. Blood samples of the study participants were taken before and after the viewing. The results showed that physiological fear responses caused the film-watchers to experience a lift in activated white blood cells, the type of cells that enable you to fight disease and repair your body. The amount of white blood cells you have is a marker of the strength of your immune system.

When you step outside your comfort zone, it is fear that makes you feel alive, which is fun and exciting. The excitement generated can also help alleviate depression by increasing adrenaline, which in turn increases arousal, excitement and glucose (converted into energy). Just as caffeine can put you in an optimal state of performance but too much can be detrimental and make you crash, a little bit of fear is a boost of adrenaline. It’s nearly impossible to be thinking of your everyday pressures and worries when you’re experiencing fear or feeling scared. A dose of fear is an “eraser” for the mind.

5. Fear gives you a natural high and a sense of empowerment. Not only is adrenaline released when you feel fear but other chemicals as well, such as dopamine, endorphins, oxytocin and serotonin. There’s a good reason for that: serotonin, in particular, helps your brain to work more efficiently. Fear is energy.

For example, if you’re a runner and you tackle the same three-mile loop every day, you’re much less likely to get into a runner’s high than if you find a new and unfamiliar place with some precarious footing where you’ll be a bit scared and where you’ll really need to focus. The brain craves new challenges; it’s the key to neuroplasticity.

And every time you come through a challenge and accomplish your goals, you feel empowered. This natural, biological high often lasts longer than the time you spent feeling scared, which is why you feel so great afterward.

Ralph Waldo Emerson said “Do the thing, and you will have the power,” which means that the moment you decide to do something that scares you, you’ve already generated the energy you need to achieve it.

6. Fear helps you manage stress and relaxes you. Stress is fear-based. You worry that things won’t turn out right or the way that would be the most beneficial for you. Physically, under stress, your body and brain are bombarded with adrenaline and dopamine, which speed up your heart rate and blood pressure, flooding your muscles with oxygen to prepare you for fight or flight. Your senses buzz to life.

That cascade of natural opioids released from your brain makes the “noise” in your head fade, and you may feel very calm.

7. Fear helps you stay in the present moment and to focus. Thinking about the future outcome of something unknown can be enough to scare you. If you’re feeling a little worried or anxious about it—in other words, fearful—you can harness that fear to get you to focus on whatever work or planning that needs to be done.

While the adrenaline that’s released when you’re scared alerts your nervous system to get into gear, norepinephrine, another hormone that is released, keeps you focused instead of panicked. Norepinephrine allows clearer thinking under stress, which is why it’s used in many antidepressants.

We live in a world of constant, mind-numbing distractions. Fear snaps us out of TV-watching and Web-surfing mode and into being fully awake and alert.

8. Fear socializes you and bonds you to other people. When you feel fearful, oxytocin is released, a hormone associated with prosocial behavior.

Oxytocin makes you seek out the comfort of others. The brain’s survival instinct is to pair with other humans in order to increase the chances of survival. The classic image of people huddling together on the couch while watching a scary movie is a perfect example.

9. Fear allows you to live life to the fullest. When you fear something, you have a choice: you can let that fear stop you, or you can face it head-on and expand the possibilities and opportunities in your life.

Being afraid of something can alert you to an area of your life that is limiting you. For instance, if you’re afraid of flying but face the fear and muster up the courage to step on an airplane, you can travel the world.

Adding to your experiences means that you’ll create a varied and full life, which is extremely rewarding. You’ll also have fewer regrets.

10. Fear gives you clarity on what’s really important in life. When you’re fearful for a sick child, an aging parent or a career move, your fear can be a great clarifier on how to take care of what is truly most important in your life.

How often have you said to yourself: “When I have more time, I’ll spend it with my family, pursue my passion, eat healthier or exercise more”? Fear makes you realize that “now” is the only time you have to achieve and follow through on what is most important. “Later” is never guaranteed.

THE SWEET SPOT OF FEAR

Some say where fear meets courage is the sweet spot in which mountains get scaled and rivers are run. Most of all, fear can be the birthplace of change, creativity and innovation.

We should all embrace our fear. Not the big fears that are life-threatening but the helpful fears that come in small doses. A little fear really wants the best for us as Eleanor Roosevelt suggested, and transforms us into better, healthier and more engaged people.

Here’s to your adventures, in whatever corner of the world you find them,

You can read some horror stories here: